Meet the people of Repwest

Doug was promoted to President of Repwest in February 2013. Previously, Doug held the role of Vice President of Underwriting and U-Haul Insurance Programs, and in 2012 also served as the companies Chief Financial Officer. Prior to 2002, Doug served as the Director of Marketing. Doug worked in the insurance industry for over 27 years in a number of roles, including Chief Financial Officer, Director of Product Development and Marketing, and Senior Audit Manager. 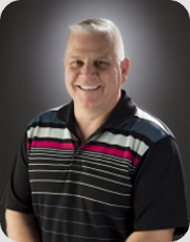 Bob has worked in the claim industry since 1982 and joined Repwest Insurance in August of 1997. Bob worked in various management positions including Fraud, Subrogation, Claims Management, Appraisal and General Liability Operations. In his current role, Bob is responsible for overseeing all claims handling activity for the United States and Canada. The claims division consists of 4 regional office and over 125 staff members.

Involved in an accident with a U-Haul?